Cambridge graduate Rebecca Feldman is an important member of the team at the Leeds factory which manufactures high-value products for the global rail industry.

William Cook Rail is a world leader in passenger bogie and coupler systems and exports 80 per cent of its output.

She joined a graduate training scheme at a large steel company, where she was one of three women in an intake of 25.

Ms Feldman said: “At school and university I was always encouraged to do whatever I was interested in and enjoyed. I had supportive and inspiring teachers.

“When I started the graduate scheme, that’s when I thought I was in a minority. But it didn’t worry me. The most important thing is that you are capable of doing a good job. Gender should not matter.

“It would be a shame if girls and young women are put off rather than encouraged to see the benefits of working in industry.”

According to the Royal Academy of Engineering, the UK needs an additional 87,000 graduate level engineers each year between now and 2020, but the higher education system is only producing 46,000 engineering graduates.

Just eight per cent of the UK’s professional engineers are female, the lowest proportion of any European country, according to the academy.

McKinsey, the global consultancy, has found that companies with higher gender diversity are more likely to have above average financial returns.

She said: “Industry is as much about brain power as physical power. It can be noisy, dirty and smelly. You have to wear a hard hat and steel toe caps rather than make-up and high heels.

“But I love science and its practical applications and I always wanted to be part of a team and taking a collaborative approach to something that has tangible results.

“Quite a few of my peers at university went into the City of London to make money working at banks or consultancies.

“That is a loss to the science and engineering communities. The City does not produce anything tangible. It is virtual, electronic money.

“I like being part of a team that manufactures useful things. We need trains to get around. We need machinery to get oil and gas out of the ground. We need structural components for bridges.

“I would encourage girls and young women to study science, technology, engineering and mathematics at school and university. There are so many opportunities in these fields and there is a shortage of these skills.

“There is no reason why girls and women cannot succeed in these subjects and bring great benefits to teams. The more varied a team is, the better it is. Different people bring different experiences and different ways of solving problems.” 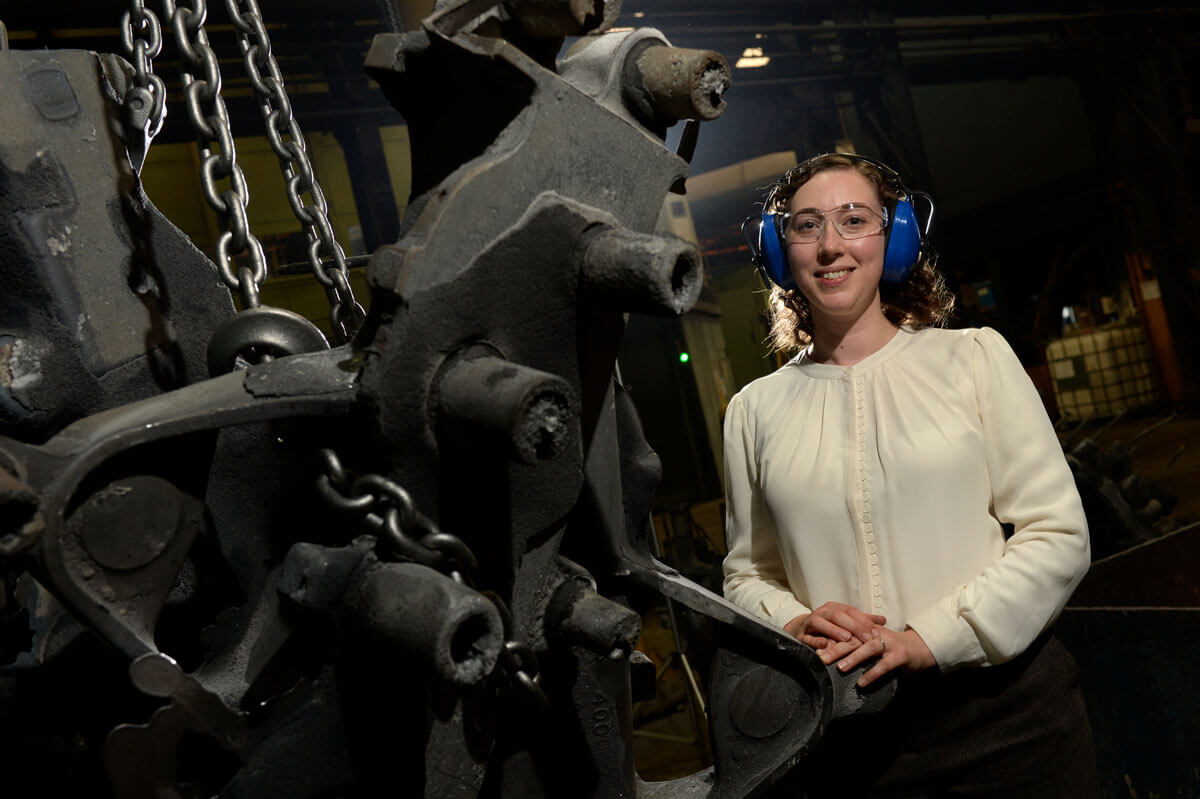